Why Did Swedish Prosecutors Break Their Own Policy in the Assange Case?

[a followup post on this story is available here]


The "why" of the quickly-withdrawn 'case' against Wikileaks founder Julian Assange seems clear enough--it has all the initial indicators of a fabricated attempt to defame him.  But the "how" of this attempt is murky.  Here's an admittedly rough translation of part of the Swedish Prosecution Authority FAQ on their actions to date regarding Assange (Google translation edited for clarity):

Why was Julian Assange's name published?

Prosecutors do not normally publish the names of arrested persons, and the Swedish Prosecution Authority was not the source [cause] of Assange's name [being published] in this case.  Assange's information reached - in a way that the authority does not know - a news service. The prosecutor's office merely confirmed the information.

If the above is true, why didn't the Authority simply issue a "no-comment / ongoing investigation" statement rather than confirming that Assange was indeed the subject of investigation?  If it is indeed the Prosecution Authority's policy not to release identities, the act of confirming an identity and making it public is no less a violation of policy than announcing Assange's name outright.
And if the Prosecution Authority is being truthful that it did not leak Assange's name as part of a false smear effort, who did?
So far, the explanations offered by the Prosecution Authority do not even begin to explain an apparent failure to follow their own policies.  All this, needless to say, doesn't even touch on the remarkable flimsiness of the case, which was withdrawn within hours of being issued.

Commenter HT points to this piece, in which a former chief prosecutor assails the methods used in the Assange case (again, edited from Google translator for clarity):

Sven-Erik Alhem believes that on-call prosecutor Mary Häljebo Kjell Beach erred by telling the media that Julian Assange was suspected of rape and charged in his absence. "An arrest warrant in the absence [of the charged individual?] would not normally be trumpeted out. It normally would remain confidential. In principle I do not think you should talk about who is charged in his absence" he said.


Ergo comments that the prosecutor responsible for the initial charge against Assange has been reported to the Swedish Parliamentary Ombudsman (JO).  This is not necessarily a serious charge, and is certainly not any form of proof of negligence, as anyone can report a Swedish official to the JO, including non-Swedsh citizens or organizations.  It may, however, produce some clarity on what has transpired within the Prosecution Authority during this 'case'.

Readers interested in more context on the events surrounding the case should take a look at Nicholas Mead's coverage here.

In this interview on al Jazeera today, a spokesperson representing Sweden's Prosecution Authority states that the agency stands behind its recent actions against Assange.  Remarkably, she also refused to comment, several times, regarding various aspects of the case, because of "ongoing investigations."   I'm mystified by the sudden onset of tight lips on this--if the Prosecution Authority can not discuss the particulars of the investigation now, why were they so free with this same information previously?  What has changed between then, and now? 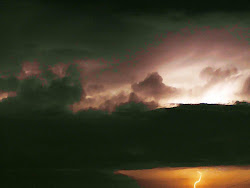